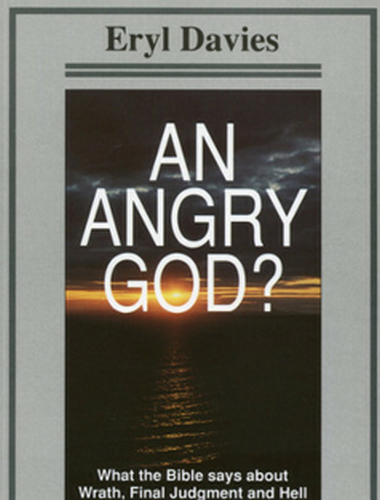 This short and hard-to-find book provides an excellent overview of the doctrines of wrath and hell. The chapters on wrath and judgment are especially good and the theology is generally excellent. My only criticism would be that the book seems very overview-ish and doesn’t flow terribly well as a singular work compared with perhaps the very best of the genre. I did find some references and quotes here that I come across nowhere else.

70
More than one writer has drawn attention to the fact that there are more references in the Bible to the anger and wrath of God than there are to the love of God, and a careful reading of a concordance will quickly confirm this fact.

75
Does the glory of God’s perfections permeate their thinking and preaching, or are they in danger of reducing God in the eyes of their congregations to a benign and helpless grandfather figure?

78
In the words of the Puritan Samuel Bolton, ‘Sin is the practical-blasphemy of all the name of God. It is the dare of His justice, the rape of His mercy, the jeer of His patience, the slight of His power, the contempt of His love.’

79
The holiness that even the angels posses is by comparison a feeble light of a matchstick on a dark country road compared with the blaze and light of the sun at midday.

81-82
Our Lord wept over Jerusalem, but it is a rare occurrence today for his people to weep in prayer for the vast multitudes of people who are speeding towards hell. Are we projecting our own heartlessness and indifference on to God?

85
This public, universal judgment will be the platform on which God will display to the whole world His glorious Person, including His fierce wrath, His strict justice and His amazing love. We must view the final judgment, then, as a necessary and glorious expression and vindication of the justice and wrath of God.

86
It is for the abundant comfort of the saints that Christ is appointed to be their judge . . . the same person who spilled his blood for them hath the determination of their state left with him…What matter of joy to them will it be at the last day, to lift up their eyes, and behold the person in whom the have trusted for salvation . . . and whose voice they have often heard inviting them to himself for protection and safety, coming to judge them.

96
The Scottish preacher, John Welch, felt this sense of responsibility greatly and spent at least eight to ten hours daily in prayer. Even in the middle of the night he would frequently rise to pray for his people.

102
Preaching on Matthew 8:11-12, C.H. Spurgeon quotes a minister who told his congregation, ‘If you do not love the Lord Jesus Christ you will be sent to that place which it is not polite to mention.’ Spurgeon gives us his opinion of this preacher:

104
What emphasis is given to hell by present day evangelical ministers? How frequently do they preach on this subject? To refer to hell briefly or occasionally, or to talk about it in vague terms, is inadequate, for there is a wealth of biblical material on hell which must be preached if the whole counsel of God is to be declared.

109
‘They that would not come to Him to be saved’, remarks Matthew Henry, ‘must depart from Him to be damned. To depart from Christ is the very hell of hell; it is the foundation of all the misery of the damned, to be cut off from all hope of benefit from Christ and His meditation.’

114
Johnathan Edwards also stresses that the all-important feature of heaven and hell is God Himself. God makes hell and He is hell: ‘God will be the hell of one and the heaven of the other . . . ‘Tis the infinite almighty God that shall become the fire of the furnace’ and, figuratively speaking, the wrath of God is a consuming fire. When pressed to answer whether hell-fire is literal or figurative, he replies that the symbol is ‘very probably literal’,

118
Writing much later than Augustine, the Rev. E.H. Pusey, Professor of Hebrew at Oxford, expressed his exasperation in 1880 with the way people were playing fast and loose with the inspired words of Scripture: ‘They who deny that any of the words used of future punishment in Holy Scripture express eternity, would so well to consider, whether there is in any way, in which Almighty God could have expressed it, which they would have accepted, as meaning it!’

149, quoting John Murray
A conspicuous defect . . . is the absence of warning and of condemnation in evangelistic effort. The naturalistic temper of our age, united with its callousness, makes the doctrine of hell peculiarly uncongenial. It is more often the subject of crude jest than it is of solemn warning or foreboding. The supposed politeness of modern etiquette has too often succeeded in creating the sentiment that any serious reference to hell and damnation is not accordant with the canons of good taste. These evils have in many cases ensnared even the orthodox.

150
Johnathan Edward’s ‘strategy’ in preaching hell is helpful at this point. There is, he argues, a spiritual reality about hell tat can affect most unconverted people. The motivating principle of humans is self-interest, and matters concerning their welfare or doom are of the utmost importance to them. Being in their natural state, men and women cannot see God’s excellency, but they can most certainly hear His thunders.

153
Paradoxically, orthodoxy is both essential and inadequate, for the truth must also be felt by the preacher before he will be able to warn and exhort sinners effectively in other words, if the gospel is to be preached as God intends it, the essential qualities required are compassion coupled with a deep sense of urgency.