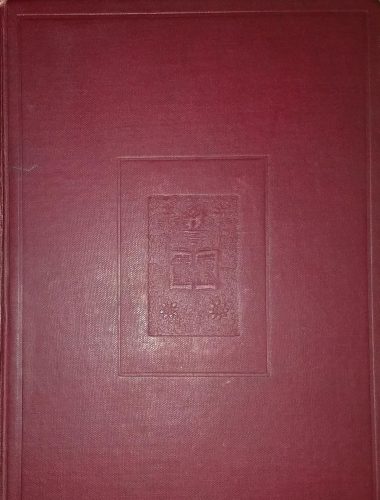 This short, obscure book is the greatest book on hell ever written, in my estimation. Hartman is persuasive, memorable, thoroughly biblical, and effortless with a wide range of sources. If I had come across Divine Penology at the beginning of my research, I may not have written Is There Anything Good About Hell? Simply phenomenal.

If indeed the law is not immutable, if it were capable of being intermitted or relaxed, then it follows that there was no legal necessity demanding the atonement of Jesus Christ; and if there existed not an absolute necessity for such a sacrifice, then both justice and mercy were outraged on Calvary. We may rest assured that if atonement could have been made without such a sacrifice, it would so have been made. Nothing so demonstrates the absolute immutability of the law, as the atonement of our Lord.

If there is no force in the universe except what we call law, where is God? Does not this thought banish him from his own universe? and if God is simply law personified, then is he not imprisoned within it, and reduced to blind force? But if God is the power behind the law, if law is simply his mode of action, and his method of procedure, as science demonstrates, then sin cannot be “its own punishment,” nor law its own “executor.” The truth is, laws do not “reign,” neither do they “govern”; they only show us how a “Somewhat” or a “Some One” behind them rules and governs the world. “The universe,” says Dr. Carpenter, “is not governed by Law, but according to Law.”

If we suppose that God is indifferent as to the sanctions of his law, that he will relax the penalty, or remit it altogether; that he will overlook the sins of the transgressor, the guilt and demerit of the wrongdoer, and allow his law to be violated with impunity, we take correspondingly low and derogatory views of his character.

Every moral act of man, good or bad, has infinite bearings, and in this sense it is infinite. It becomes a factor of endless causation, and therefore infinite in the same sense that endless punishment is infinite, and for the same reason.

Such strange phenomena, such seemingly infinite resources of power, welling up from the nether depths and unexplored chambers of soul-being, are the unmistakable signs and evidences of the startling fact that far down beneath the zone of human consciousness, are armories of hidden weapons; regiments of untold potentialities; slumbering engines and dynamos of unmeasured energies; smouldering fires of the most vehement intensities; and pent-up forces, more minacious than thunderbolts, all unknown to conscious life and being. The illimitable capacities and possibilities of human nature have never yet been calculated; nor is there a datum from which such calculation can be made. The old adage, “That a man may become an angel in moral beauty, or a devil in moral baseness,” is as literally true as it is hoary with age.