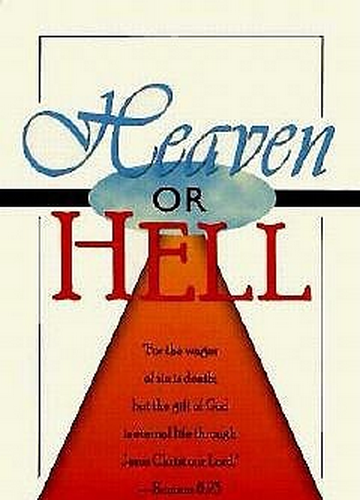 Punchy little book with lots of great stories and testimonies. You can tell it belongs to an older generation- but not in a bad way. Although the style is a little dated, it would remain one of my top books to give an unbeliever due to small size, clear presentation of the gospel, great warnings and compelling stories. It points clearly to heaven and salvation in Christ by a renowned soul-winner.

An injury done to Jesus Christ is a sin of vastly greater magnitude than a sin done to man. A mule has rights, but its rights are unimportant when compared to the rights of a man. The law recognizes the rights of a mule, but the killing of a mule is not regarded as serious as the putting out of a man's eye. But the rights of man, even of the purest, noblest, greatest of men, paule into insignficance befor eht erights of the infinite God and His infiniite son, Jesus Christ

34
I once honestly believed and taught that all men, and even the devil, would ultimately come to repentance, and that hell would one day cease to be. But I could not honestly reconcile this position with the teachings of Christ, and the apostles. I finally decided that I must either give up my Bible or give up my eternal hope.

36
One ounce of God's revelation is worth a hundred tons of man's speculation.

46
You will carry into the next world the desires that you build up here. Hell is the place where desire and passion exist in their highest potency, and where there is nothing to gratify them.

50-51
There is another expression used often in the Bible-- "Unto the ages of the ages." It is used in one book, eight times describing the existence of God and the duration of His reign, once referring to the duration of the blessedness of the righteous, and in every remaining instance of the punishment of the beast, the false prophet, and the unrepentance. it is the strongest known expression for absolute endlessness.