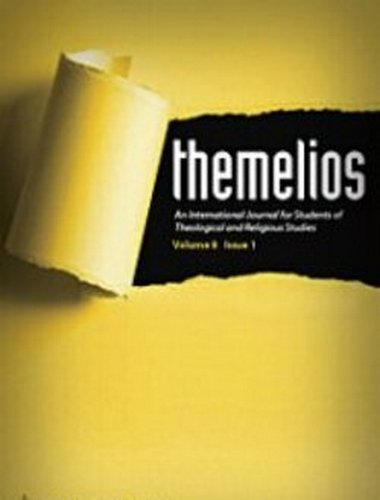 An excellent Reformed investigation into some philosophical challenges universalists make about hell. Recommended in particular for its explanation of the loss of the goodness/image of God in the reprobate. Weakened a little by speculation about a infinite regression away from God of those in hell, which is not necessary to explain the justice of hell nor does it match the best biblical data.

Intro
D. A. Carson showed that hell is one of eight possible motivations for accepting the Gospel.5 Tim Keller whittled it down to one of six. Both place it first on the list. Historically, it has played a large role in convincing people of their need for Christ. Today, we are losing our doctrine of hell, and Carson and Keller intimate that we are losing conversions with it. If we care about the lost, we must take care to articulate not just what we are inviting them to in Christ, but what we are inviting them away from. Hell is real, eternal, and it makes sense, despite what some philosophers say.
1.2
N. T. Wright suggests that those in hell “exist in an ex-human state … [and] become at last, by their own effective choice, beings that once were human but now are not, creatures that have ceased to bear the divine image at all.” While I avoid the question of the imago Dei in the reprobate and I take pause with the moniker “ex-human,” I do suggest that those in hell are in some sort of (mysterious as it may be) less-than-human state.
1.4
To answer this question, we can imagine a psychopathic child abuser. Though he has a body, we are more apt to call him “monster” than “man.” However, on earth this man might still have qualities that his mother finds lovable.45 Though he abuses all other people, he still buys his mother flowers on Mother’s Day. Even if this is the one good thing he ever does in his life, there is still something to point to and say, “human.” At this point we must remember that a description of humanness is that which properly participates in God’s created order. We are human insofar as we relate to God in the way that we should. In this case, the human activity of the man (that is, buying his mother flowers) is human because it fulfills (though woefully in part) the fifth commandment. Furthermore, this human activity is only possible by God’s common grace that simultaneously restrains the man’s evil impulses to do something different on Mother’s Day (which would have precluded his buying flowers) and also enables him to do something that is (again, only at an infinitesimal level) in accord with the Scriptures, since he is honoring his mother.
1.5
In all that has been said, it seems that there is reason to conclude that there is enough of a radical distinction between the beings of the saints in heaven and the reprobate in hell (though they are both corporeal humans) that the word “human” does not sufficiently capture the range between them.49 As we turn to make some defenses against universalism, this distinction will go a long way in rebutting some intuitive attacks against the traditional view of hell. This is because we are not talking about the same human undergoing torment in hell that is enjoying God’s blessedness in heaven. J. I. Packer put it this way: “One not only becomes desperately miserable; one is steadily being dehumanized. Richard Baxter was right to formulate the alternatives as ‘A Saint—or a Brute.’”
Conclusion
It is my hope and prayer that this article will strengthen the resolve of gospel preachers, whoever they may be, to preach the whole counsel of God (Acts 20:27) which includes eternal damnation for those who reject it. First, I have attempted to present a picture of the reprobate in hell that comports with a just dispensation of God’s wrath as depicted in Scripture. I have sought to show that the reprobate are so hellish that any fond feelings for them (as the universalists seek to evoke) are misplaced. The second part of this paper used that conception to negate intuitive arguments against eternal hell as a place that would mar the saints’ felicity due to their loved ones being there, as well as the notion that eternal hell does not fit finite sins. The hellish nature of the reprobate would not detract from the saints’ felicity because the goodness of their loved ones would not be in hell; since only the evil remains, eternal destruction is fitting. The final part of this paper aimed to present a logical possibility for the necessity of eternal hell, building on the conception of those who inhabit it. If it provided a possible explanation that is in accordance with Scripture, the universalist claim that eternal hell is necessarily illogical would be refuted.
Tagged 21st Century.