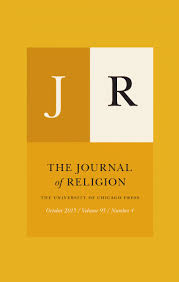 Interesting article on Anselm and hell from the perspective of beauty, but ultimately misreads Anselm.

332
By paying special attention to Anselm’s concern for beauty, order, harmony, symmetry, and so forth, we attain a new vantage point from which to understand, first, his theory of the Incarnation and, secondly, his largely implicit conception of the necessary beauty of hell.

337-338
But how can a person be sinful and yet be governed by God’s will, first in one way and then in another? And how does the consequent punishment serve the cause of beauty?
[Quoting Anselm] The answer is that [the transgressor sins] only under the will that permits it, and supreme wisdom redirects the very perversity of his will or action toward the order and beauty of the aforesaid universe. For the ready satisfaction for wrongdoing and the exaction of a penalty from him who does not give satisfaction– it being understood that God brings good out of evil in many ways– hold their own place in this universe and maintain the beauty of its order. If the divine wisdom did not add these requirements wherever wrongdoing tries to disturb right order, there would arise a certain ugliness [deformitas] derived from the violation of the beauty of the order, in the very universe which God ought to regulate, and God would seem to fail in his direction of the world. Now, since, both these things are unseemly [or unfitting, inconvenientia], and therefore impossible, every sin is necessarily followed either by satisfaction or by punishment.

338
Therefore, for the sake of the beauty and goodness of the universe, human beings must be punished, or else find someone else who will make satisfaction in their stead. Anselm argues, however, that it would be inappropriate for an angel to make satisfaction for them, of ever for someone to do so who belongs to a new and perfect human race, because then human beings of the race of Adam would be indebted to someone other than God; whereas humanity was made by God to be servants of him alone and to be equal in honor with the angels.

342
Presumably the beauty of such punishemnt would lie in the deeply satisfying (hence delightful) compensation it would make for what otherwise would be gross disorder in God’s design. And though it might seem that such extreme punishment would be at least disturbing to God, it obviously does fit with Anselm’s insinuation that God would be dishonored less by the destruction of all the worlds than by a sideways glance taken against God’s will.

343
Anselm explains this by observing that a creature’s sin dishonors God, in a manner of speaking, only be having a negative effect on the beauty and order of the universe and not on God himself. But in that case it is true, after all, that sin can do actual harm only to the created order; and because nothing in the universe is of infinite value in itself, any violation of that order is but a finite evil deserving strictly finite punishment.

345
Lastly, Anselm’s argument concerning God’s design unintentionally shows that unending punishment in hell would entail tragic loss, thereby frustrating God’s will eternally and forever defacing the beauty of God’s universe. Anselm repeatedly insists that the rational nature was created by God wo be blessed forever in the enjoyment of him.

348
What gives point and poignancy to Anselm’s treatise is not its orthodoxy as such, however; it is rather the wonderful rigor with which Anselm presses traditional views into an aesthetic-moral dimension and, in doing so, inadvertently reveals the tragic cosmic patters that is subtly woven into the classical image of damnation.