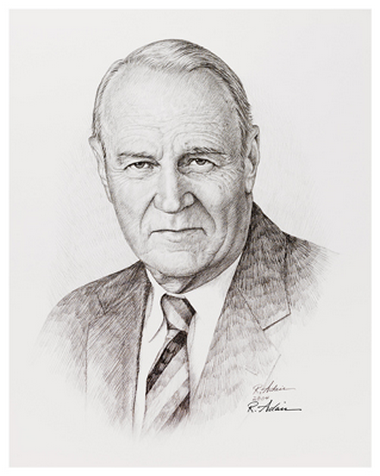 Three-part sermon series on hell by an excellent expositor. Deals excellently, if succinctly, with universalism and conditionalism.

Sermon I
Now, the question, of course, is an unpopular one. We never will find that people rejoice in the idea of an endless punishment of the finally impenitent. Even good Christians are troubled by it. They puzzle over it. It is an unpopular subject. But the question is really, is it truth? Just as Mr. Russell was saying, “Is it that which is true?” And if it is that which is true and if we yield ourselves to that truth, we will find that ultimately it will be good for us.

Just yesterday I was reading a new book that I had received and on one of the pages beginning it there is a quotation from the pope. And even the pope in this quotation says, “Let us never forget that sin is sin.” That’s a biblical expression. He goes on to say, “The destructive nature of the error is still more apparent in practical theology. Could it be proved that the Christian church have been deceived in finding, the doctrine of Endless Punishment in the Christian Scriptures, and that there is no such thing, havoc would be made of all the liturgies of the Church, as well as all of its literature.” And he goes on to talk about the fact that the Christian church has been built up upon belief in the doctrine of eternal punishment.

The suffering that Jesus Christ undergoes is not remedial suffering; it’s retributive suffering. He dies under the judgement of God. This is what we teach. This is what the Scriptures themselves proclaim. Suffering that is merely educational doesn’t require vicarious atonement in order to release from it. But suffering that is judicial and punitive can be released from the transgressor only by being inflicted upon a substitute. And so, the only way in which we can be delivered from retributive judgement, the kind of judgement that would bring us to hell, the only way we can escape from that is by substitution. We cannot bear it ourselves. It’s eternal judgement. We need someone to bear it for us. And the story of the gospel is that Jesus Christ does bear it for his people.

Now, fear is a legitimate motive for the doing of the will of God. There are lots of people who seem to think that if a person does obey God by reason of fear, that that’s not the kind of obedience that God is interested in. Well, of course, God would love to have us obey him because it is right for us to obey him. In other words, right for right’s sake is certainly a high motive for doing the will of God. But men are not angels.

So, hell is rational because sin is an infinite evil. And in order to be properly punished, we should have an infinite punishment. Robert Browning said once, “There may be a heaven, there must be a hell.” As he looked out over human experience, it seemed reasonable to him, more reasonable that there should be a hell than a heaven. And someone else has said, “If there is no hell, we’d be compelled to invent one.” And if you read your newspapers day after day and see the level of the crimes in the United States of America, the wickedness, the utter carelessness of human life, I often almost every time I open the paper, I often feel there has to be a hell, and the sooner the better for some of the crimes that are committed these days.