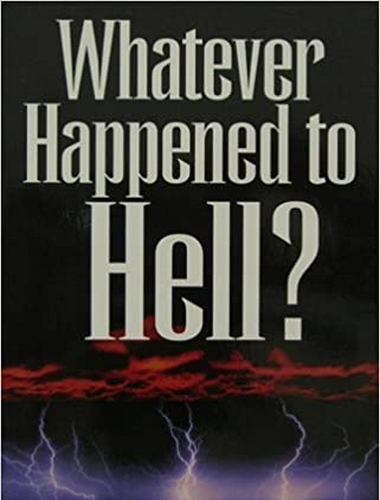 John Blanchard draws from an exceptionally deep well and along with Peterson’s Hell on Trial is one of the best defenses of the biblical doctrine of hell available today and is almost certainly among the most comprehensive. No one does quotes, illustrations, and anecdotes better. If this book doesn’t make my top 5 list of books on hell, it is very close.

59, Quoting Blaise Pascal on fallen man
What a monster, what a chaos, what a subject of contradiction, what a marvel! Judge of all things and imbecile earthworm; possessor of the truth and sink of uncertainty and error; glory and rubbish of the universe.

67
The only satisfying aternative to the injustices of this life is perfect justice in the next one; the only remedy for the present triumph of evil over good is the future triumph of good over evil. In a moral universe all bills must be paid and all accounts settled; but annihilationism throws all these hopes out of the window.

101, quoting J. I. Packer
Even though we are fallen sinners we remain moral beings, with an innate, God-given sense of right and wrong; one theologian has said, “The whole of recorded history is one great longing for justice.”

105
Nothing is more plainly taught in Scripture than that there will be a final and universal judgment. Two-thirds of the parables Jesus told were related to the subject.

124, quoting John Murray
The fact that Jesus will sit upon the throne of judgment will be the consternation of his enemies and the consolation of his people.

130
It has been calculated that of 1,870 verses recording words which Jesus spoke, thirteen percent are about judgment and hell. Jesus spoke more about these two topics than about any other (angels came second and love third).

Things are very different in hell, where the prisoner is incarcerated “soul and body” (Matthew 10:28); his spirit is as crippled and confined as his body, with no instinct to worship god and no interest in doing so. An imprisoned spirit is stilted, stale, and sterile.

[and on destruction, same page]

Drawing together what the Bible says about hell as a prison, it seems that its inmates have neither the instinct nor the opportunity to achieve anything but that they are helpless, hopeless, and powerless, utterly drained of all ideas and inspiration.

154
In hell, no relationship of any kind will exist; everyone there will be there alone.

163, quoting Henri Blocher
What is more, the sinner in hell will have a greater knowledge of himself. As one scholar has put it, “All creatures will share in God’s abhorrence of sin and evil; the sinner will hate himself, he will appreciate the value of his life and see it as God does. Hell is nothing but full knowledge of the truth, remorse in agreement with God.”

165
God’s anger is not a piece of moral mechanism.

174, quoting William Crockett
There is no meaningful way to say that God loves the wicked after death.

221, quoting Paul Helm
Hell is not a demonic colony which has gained unilateral independence from God. Because there is full recognition of God’s justice, God’s character is vindicated.

225
If annihilation is the punishment, what is the purpose of the suffering? If the horrors of hell are a meaningless prelude to extinction, surely God is seen as the supreme sadist?